The first is Shel Silverstein's "The Hills Of Shiloh" that Art Podell sang lead on, and created the arrangement; the second is "Molly," from Biff Rose's debut album, that Art co-produced 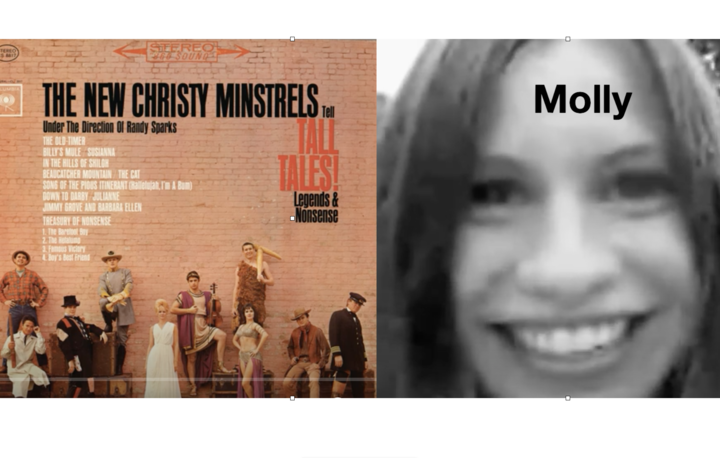 When I was subbing for John Platt on WFUV I played the New Christy Minstrels' arrangement of "The Hills Of Shiloh," written by Shel Silverstein. I immediately followed it with "Molly" by Biff Rose.

I sent the playlist to Art in LA, not knowing he co-produced Biff's debut album. What are the odds that all these years later (the NCM recording was from the 1960s, "Molly" from 1973) -- that I would play back-to-back two albums that Art had such a hand in?  He said he doesn't think the group ever sang "Shiloh" live -- it was difficult enough to learn for the recording. And he said it was Van Dyke Parks who told him to hire Kirby Johnson, Van Dyke's string arranger, and a classical group (whose name escapes me) -- he takes no credit for "Molly," said as producer, he "just got out of the way and let them do what they do."

"The Hills of Shiloh" The New Christy Minstrels

But that's one of the greatest talents a producer can have -- not having the kind of ego that "stamps" their sound on a recording, but doing exactly what the the song dictates it needs. So even though Art said he did nothing on "Molly," he allowed the songwriter AND the arranger to shine their best.

"Molly" is one of my all-time favorite recordings, and I bet for some of you, it will now be one of your favorites, too.