Robbie Fairchild, star of Broadway's "An American In Paris," lifts his neighbors' spirits by performing a one-man show on his rooftop 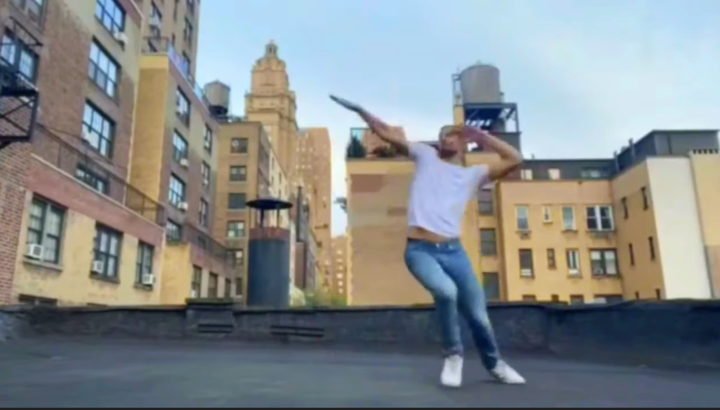 Monday night's "Jim Caruso's Pajama Cast Party" is the BEST show I have seen in my 17 years of attending. It begins with the Tony-winning actor/singer Alice Ripley, includes Ruby Locknar, not only the show's producer, but celebrating her 21st birthday AND stopping the show with a performance she'll be proud of forever, and this, my favorite moment in an A+++ show -- former principal dancer of the NYC ballet, Robbie Fairchild, who starred in, "An American In Paris" on Broadway (saw it 2x because of him), showing off his dance moves on his rooftop.

Robbie Fairchild on his NYC rooftop

Cast Party going online is one of the few silver linings of this pandemic -- now thousands of people each week get to see it, not just the 120 who can squeeze into Birdland every Monday night. When I say this is the BEST show I have ever seen Jim Caruso put together and host, I don't say things like that lightly. And the fact that Ruby Locknar, whose idea this was to go online, gets to stop the show on her 21st birthday -- what a moment for her. I have watched her perform at Cast Party at Birdland since she was six years old. I feel like a proud aunt.

A show like this makes me miss Ed Sullivan. Wherever he is, I'm sure he's thrilled that Jim Caruso is carrying on his proud tradition of bringing the best live performers to your screen.