Today at 5 PM Eastern, then archived for later viewing -- will be approx 1 hour 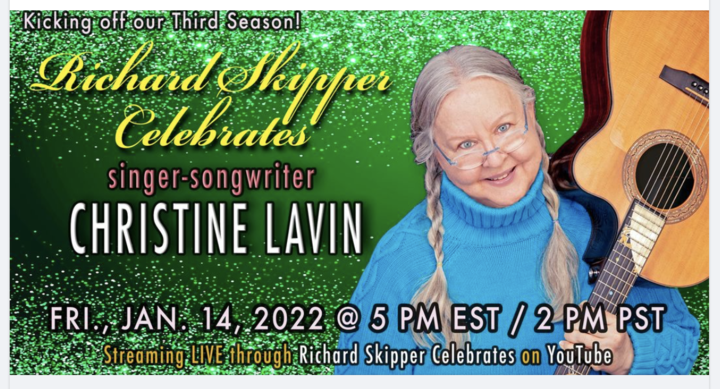 Richard Skipper made his living for many years as Carol Channing -- yes, he did an entire Carol Channing show in drag that was so convincing that I took an old friend to see it, who thought it WAS Carol Channing for real (very easy to make that mistake) and wanted to go backstage, but was afraid he'd be stopped by bodyguards. I told him we COULD go backstage because it wasn't the real Carol Channing, and I doubted there would be bodyguards. My friend was absolutely shocked. He watched the whole concert in wonder. That's how convincing Richard was.

He's moved on to new projects, and this is one, where he interviews all kinds of performers -- I'm shocked that he called me -- he mostly does theater and film actors, so I'm extremely nervous about this. If you could log on at least I'd know there's some people who know me. Here's the link:

You can go now and look at who some of his past guests have been. Have a great weekend. Stay warm, stay safe.