Kirkus Review says, "“If the fate of the planet is in the hands of children, giving them books like this might be a wise idea.” 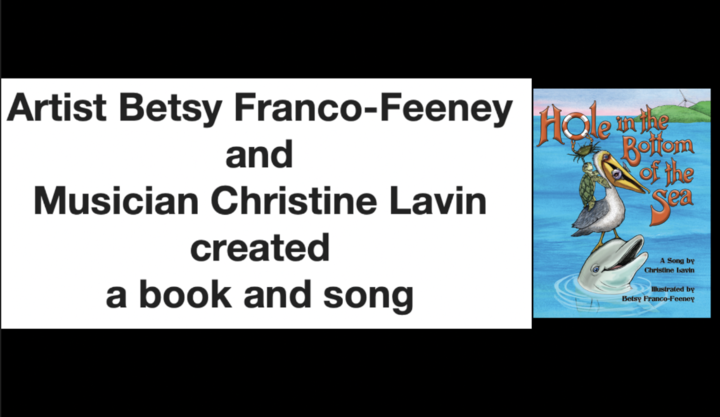 Betsy Franco-Feeney and I are joined by dozens of musicians from around the world, and eight scientists across the US who weighed in this project, which is an updating of the song, "Hole In The Bottom Of The Sea" to reflect what happened to the Gulf Of Mexico in 2010. The first printing sold out so now Puddle Jump Press has aligned with Amazon to do "Print On Demand," both a hardcover and a paperback version of the book. There's five pages of real science in the book, so it's fun and kids learn from it, too! It's all in the 99 second promo video below.

There is no CD in the cover, instead some kind of digital square you scan (I don't know what that's even called!) where you can retrieve the full song that includes Don White in Lynn, Massachusetts, Claudia Russell & Bruce Kaplan in San Francisco, Buskin & Batteau in NYC, and Sandy Cash in Israel who all trade off the lead vocals while being joined by a middle school choir in New Jersey led by Ashley Madison Bauers, and by great folk, bluegrass, Broadway, and opera singers who gathered in NYC.

And here's how to get the book from Amazon, both hardcover and paperback:

HOLE IN THE BOTTOM OF THE SEA weaves a hopeful tale of how clean energy can power our world with little harm to wildlife or the environment. November 1, 2022 is it's happy new re-publication date. If you have any young ones in your family who are interested in science, they will dig this!

Another big thank you to our producer Brian Bauers, and mastering engineer Phil Klum who not only remastered the song, but gave us a 60% discount to boot. He is the same man who mastered the entire Alan Lomax Collection for the Smithsonian AND Dave Van Ronk's final concert (nominated for a Grammy). I didn't ask for a discount, he volunteered it because he knows how important a topic this is for kids to understand.  Thanks, Phil!