8 PM concert, followed by 9:15 song swap with Robin Batteau, Shanna In A Dress, and Jane Godfrey 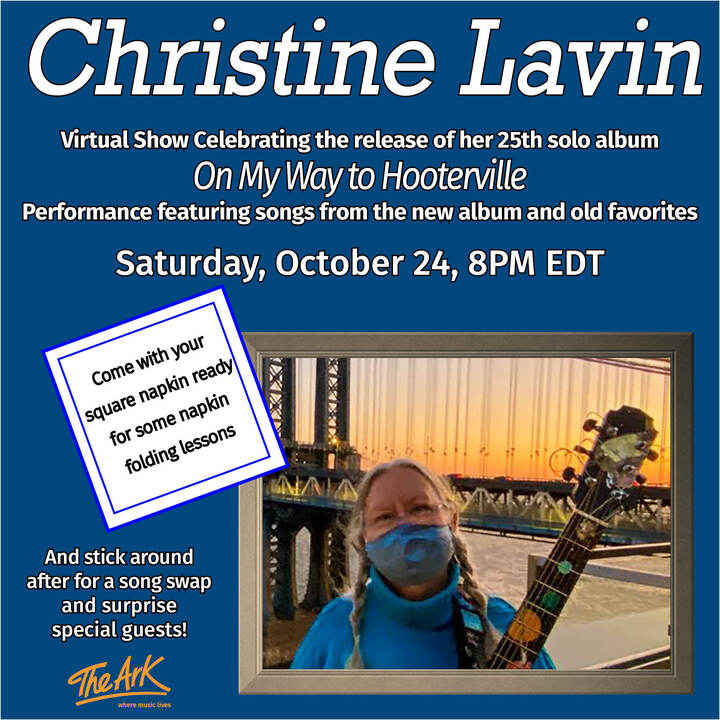 I'll be doing songs from my new album "On My Way To Hooterville," plus requests and old favorites, I'll teach two different napkin folds mid-show (one for your Thanksgiving table, one for Christmas) -- and then we'll have a song swap with three of the best singer/songwriters you've ever heard -- legend Robin Batteau, newcomer Shanna In A Dress, and late blooming newcomer Jane Godfrey.

I've known Robin for decades, but both Shanna and Jane are new friends I've only met online because others raved about their work (Don White, radio stalwart John Weingart).

Come for the napkin folding! Stay for the music.