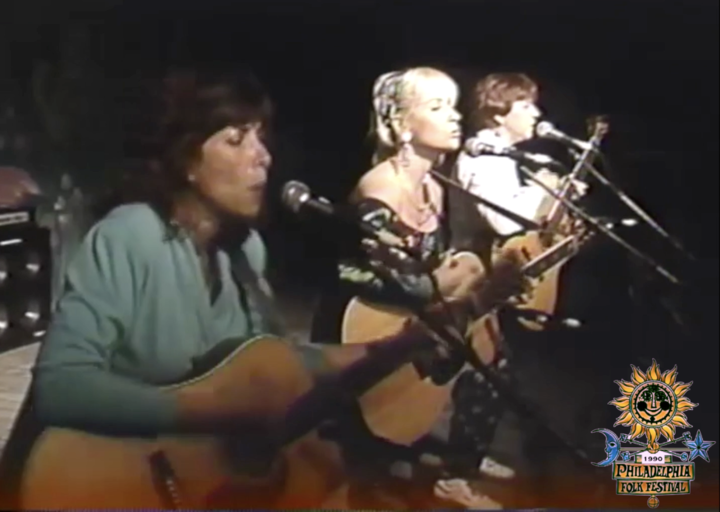 Thanks to an eagle-eyed archivist at the Philadelphia Folk Festival, this lost video just surfaced -- 30 years ago at The Philly Folk Festival I invited Megon McDonough and Sally Fingerett to join me onstage for a couple of songs.

The following year we released our first "Four Bitchin' Babes" CD with the 4th being Patty Larkin.

For the curious, Megon and I will be on your computer screen this Sunday as part of the Greenwich Village Folk Festival, along with Liz Queler, The Don Juans (Tom Paxton's back-up dudes), Ellis Paul, John McCutcheon, Sophie Buskin, and others from 7 PM - 10 PM Eastern on Sunday, December 6th here: https://greenwichvillagefolkfestival.org