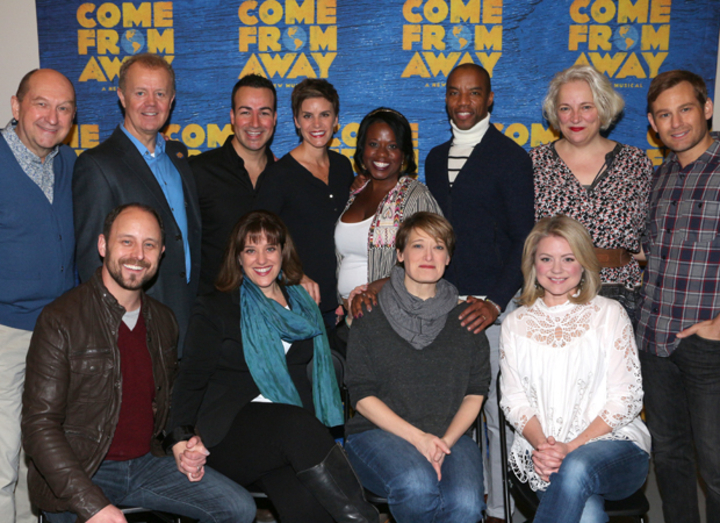 On Sunday afternoon I got an email from a friend of Michael Moricz. Michael was the musical director for the tv program, "Mr. Rogers' Neighborhood" for the last five years of the show (he is now the rehearsal pianist for the Joffrey Ballet).  Just a couple hours before, Michael had finished a very ambitious recording project -- a song to welcome 2020, featuring many theater singers and actors -- even kid actors (from two different productions of "A Christmas Carol").  Michael's friend thought the song should be heard and did I have any ideas how to get it out there?

Two days later, here we are. Michael is in Chicago, I'm in NYC, and after much back and forth, around 7 AM this morning we finished a video showcasing the song. Between facebook and vimeo t's gotten over a thousand views since then -- it's a perfect song for this imperfect world on the cusp of a new decade.

Some of the credits got lost in cyberspace -- including David Lange's credit, husband of Uncle Bonsai's Patrice O'Neil, who supplied the drone footage of snowfall in Seattle.  I'll have to fix that when I catch up on my sleep. NYC mastering engineer Phil Klum mastered the recording for Michael.  It's been a labor of love for all concerned.

I hope you can share this with friends and family -- there's something very special at the end -- and that's Fred Rogers' widow Joanne in the photo.

One of the reasons I went 'all in' on this is that one of the actors involved is Rodney Hicks.  He was in the original cast of "Come From Away," a show that I love so much.  He had to leave the show because he lost his voice -- couldn't speak at all for over a year. When Michael told me that one of the reasons why he has an actor speaking in the recording is that it's a dear friend of his who lost his voice, and nobody thought he would ever be able to speak again. But it's slowly coming back (not singing yet) but Michael cried with joy when he could hear his friend's voice after such a long silence, and he knew he had to include him in this song.

When I asked Michael if his friend is Rodney from "Come From Away," and he said yes, it is -- well, I knew that I had to create this video, and pronto.  In the photo above of the original cast, Rodney is in the back row, third from the right in the turtleneck.  I am thrilled for him that he's getting back in the game, and that's why we worked day and night to finish this before the clock strikes midnight.

You've got about 7 hours left to share this  -- Happy New Year!