After staying up all night working on this, the songwriter asked me not to post it -- but then he changed his mind 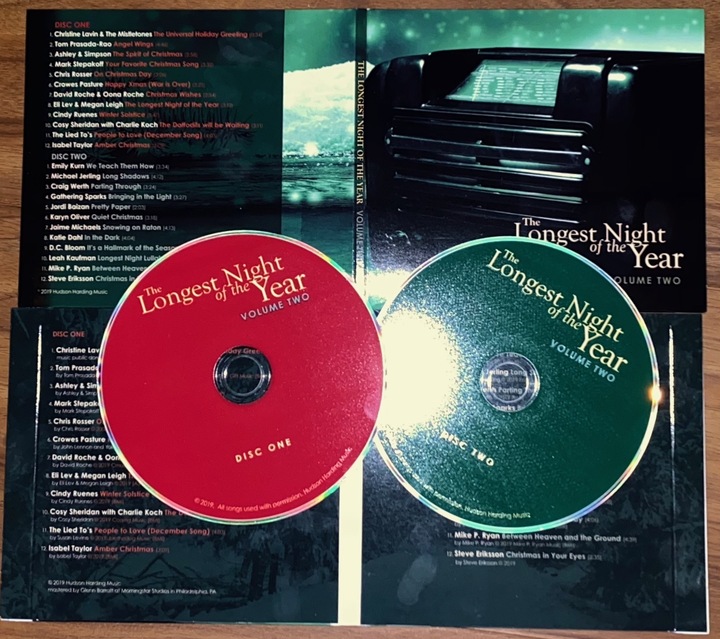 When I heard his song, "Between Heaven And The Ground" I instantly loved this song and went about putting a video together for it.  I worked from 5 PM to 5 AM and sent it off to the songwriter, who I didn't know.  We both have songs on the annual "Longest Night Of The Year" holiday compilation, but had never heard of him before this.

The first line of his song is, "Eight days shy of Christmas 1903 . . . " but that's the last mention of Christmas in his song.  It's about something that happened in 1903 that you all know about, even if that clue doesn't ring a bell.

So I sent this video off to him only to my chagrin to get his response: "Please don't post it. I'm working on an EP to release in the spring, this might be the title track, and I'm already working with a videographer on it."

But then he changed his mind -- I told him I had wanted to post it to the folk DJs who receive "Longest Night" so they wouldn't miss his song (it's next to last on track 2), also wanted to post to you, my weblist, and to Facebook.  After thinking it over he said it was OK to post to the Folk DJs, and to you, but he asks that you not share it, since when the album comes out his official video will be very different from this.

"Between Heaven And The Ground" by Mike P. Ryan

p.s. "The Longest Night Of The Year" isn't sold, only sent to the Folk DJs and given to the artists. I have 25 copies and this weekend they will be free with a purchase at the "On A Winter's Night" concerts in Collingswood, NJ and West Long Branch, NJ -- in case you'll be there!