Watch the video first -- then read this. 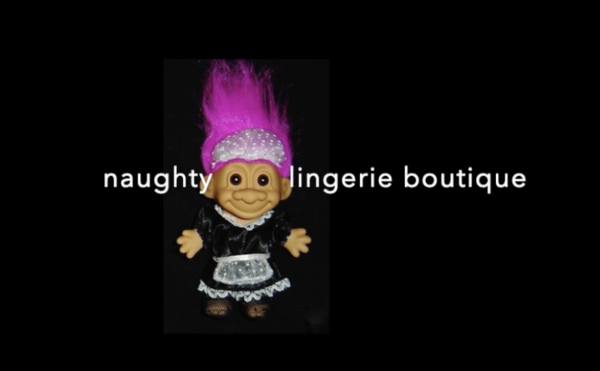 The crazy pen pal of the imprisoned insider trader talks him into opening a bank account in the Cayman Islands. She says she's going to marry him when he gets paroled, but instead she steals the money and starts a foundation to fund clean renewable energy projects in every country in the world. He gets released from jail and finds out he’s a pauper. He tracks his pen pal down, plans to steal the money back, but instead she talks him into going straight. He takes a job working for her, spends the rest of his life paying back the money he stole, plus working on sustainable energy projects that help save the planet Earth from ruin.

The Mama, Nana, and the horseback cops start a ranch in Montana for retired NYC crime-fighting horses, eventually including retired hansom carriage horses from Central Park. On their own the horses organize kickball games, the cops against the carriage trade — all in good fun. The horses ridden by the two cops on West 20th Street that day ended up falling in love, and the mare gives birth to a strikingly handsome colt that is named, “Mount Jumbo,” who as a 3-year-old wins The Kentucky Derby, even though he is a 2,000-1 shot. The whole town of Missoula bet on “MJ” as he is affectionately called, and make so much money that the Mount Jumbo area outside of Missoula is fully funded into the 22nd century as a protected wildlife and game preserve.

The Montana bride who fainted in Mike's Tech Shop marries the computer nerd and they open a consignment bridal shop in Greewich Village where no dress costs more than $300, and can be brought back to the consignment shop to be sold again after the wedding. They name it “Brainy Brides,” and are in talks with HBO about making a series out of their day-to-day experience selling to budget-conscious brides and the men who love them.

The football place kicker and the lingerie store owner open a plus size lingerie/pancake house/sports bar, but only show baseball games, chess tournaments, battle bot tournaments, and figure skating competitions on the screens, no contact sports, on account of how horrified they are about NFL and NHL brain injuries.

The fire fighting fiance and the crybaby bride decide on their wedding day to call the whole thing off. She's allergic to smoke, and he just can't take it because everything makes her cry: Sunsets! TV commercials! Puppies! Kittens! She brings her dress to Montana bride consignment shop, “Brainy Brides.” It’s an $8,000 Hayley Paige gown, girls, size 2, and can be yours for a song.