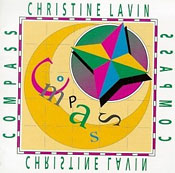 THE PHYSICAL ALBUM IS OUT OF PRINT, BUT YOU CAN STILL FIND IT AT iTUNES.

One of Christine's more "serious" albums, its themes include coping with ended relationships and the search for new love. On the lighter side are a song about the "agony of da feet" wearing high heeled shoes, and a look at some public figures who would no longer be recognized if they changed their trademark hairstyles.

"If we could get [Christine Lavin] and Loudon Wainwright III named as our national folk music laureates, we'd have most of the country's problems accurately described, if not solved, in no time." -People Magazine