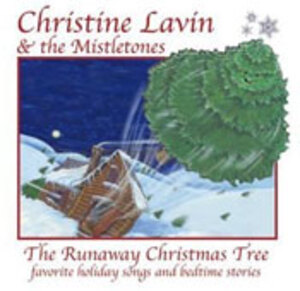 THE RUNAWAY CHRISTMASTREE IS OUT OF PRINT, BUT DON'T DESPAIR! YOU CAN FIND IT AT iTUNES!

Do you ever want to hear those dogs barking "Jingle Bells" again? Neither does Christine Lavin – this "comic observer of human manners" (The New York Times) says she "just couldn't find a good Christmas/ Kwanzaa/ Solstice /Chanukah /Ramadan/ Boxing Day album, so I had to make one." So she rounded up seven other vocalists, assembled a sackful of characteristically humorous, offbeat, and occasionally moving seasonal songs, added a couple of original stories, and created this lighthearted a cappella alternative to the usual cloying Christmas-season songbook, a fresh delight for children and adults alike.