Brand new album is out -- "On My Way To Hooterville"  10 new songs, one reworked from 45 years ago 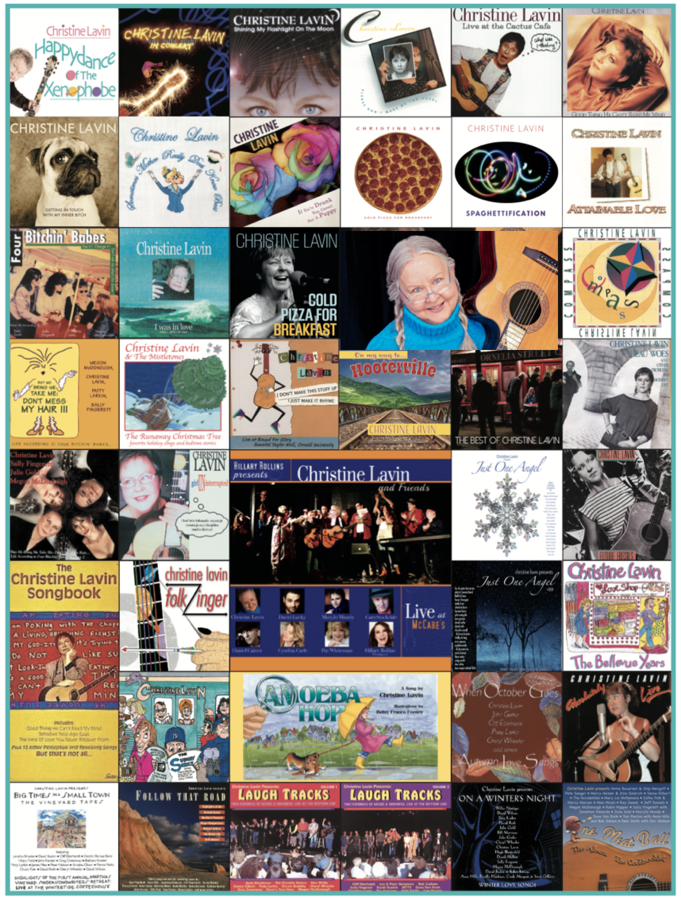 Christine Lavin is a singer/songwriter/guitarist/recording artist/author/videographer who has been based in New York City since 1976. Her latest solo album, her 25th, ON MY WAY TO HOOTERVILLE, includes 10 new songs and one re-worked song, "Ramblin' Waltz," a re-telling of her time in 1975 when she was one of the entourage drivers for the first week of the tour of the The Rolling Thunder Revue.

Her book, COLD PIZZA FOR BREAKFAST: A MEM-WHA?? (Tell Me Press, New Haven) is available in paperback, kindle, and audio book formats, with the foreword written by actor/playwright/singer/songwriter Jeff Daniels. On A Winter’s Night, her first seasonal compilation project, (20 artists) became a four-artist national tour that first hit the road back in January 1991 and will be a five-artist tour hitting the road November 2019, including Christine, Cliff Eberhardt, Patty Larkin, Cheryl Wheeler, and John Gorka -- only to be abruptly sidelined by the pandemic.

AWARDS: In April 2019 Christine was inducted into the Rochester, NY Music Hall Of Fame. In September 2019 Christine spent a month at the artist retreat Yaddo in Saratoga Springs, working on songs and a theatrical project. Three of the songs while written there are included on her new album, ON MY WAY TO HOOTERVILLE. She received a 2012 Nightlife Award given annually to the best concert and cabaret performers in New York City. In November 2011 her book COLD PIZZA FOR BREAKFAST: A MEM-WHA?? won the 43rd Annual ASCAP Deems Taylor Award for excellence in writing about music. Christine has also won five ASCAP Composer Awards, The Backstage Bistro Award for Best NYC Singer/Songwriter Of The Year, The Kate Wolf Memorial Award, and her album Good Thing He Can't Read My Mind won Album Of The Year from the National Association Of Independent Record Distributors.

Over the past 10 years, Ms. Lavin was very involved with the care of her aging mother in Geneva, NY. She relocated there, while continuing her full time performing in 2010 - 2012, and then again in 2016, to help out with her care. She taught herself to make videos to help her mother remember daily events, having no short term memory. Soon she started making videos for her own music, and now videos for others. Her mother died in November 2018 at the age of 99, and her family cherishes those videos, which inadvertently spurred Ms. Lavin’s career on in an unexpected direction. 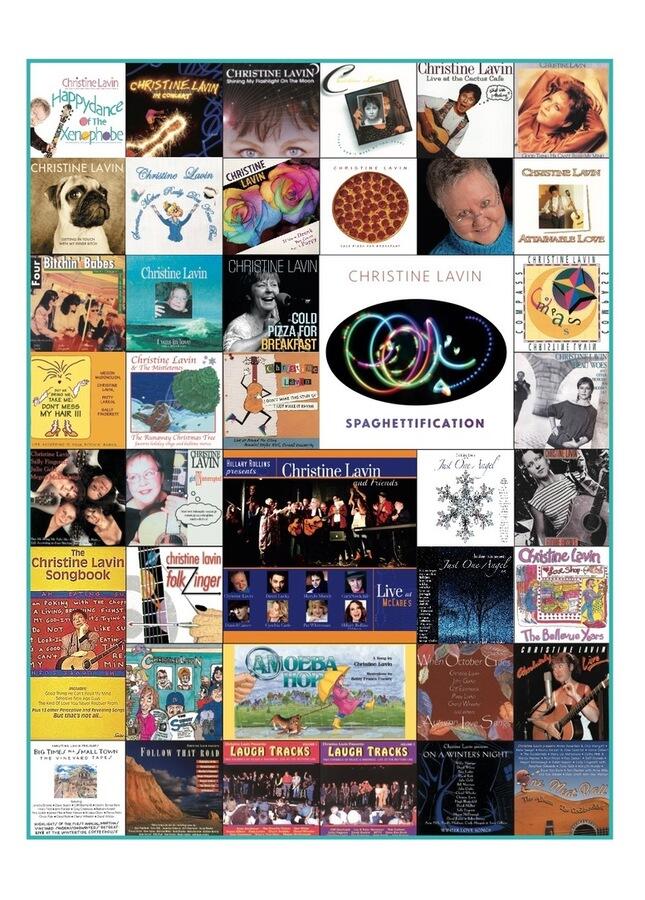