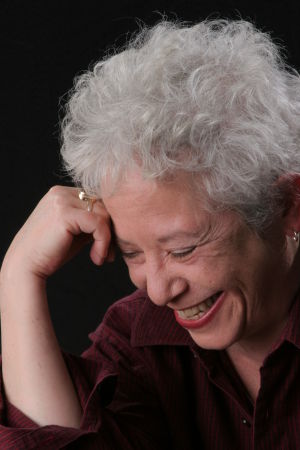 Ask any student of the form, and Janis Ian will be counted among them.  The writer of “Jesse,” a song recorded by so many others that few remember Ian wrote it; “Stars,” possibly the best song ever written about the life of a performer, recorded by artists as diverse as Mel Torme and Cher; and the seminal “At Seventeen,” a song that brought her five Grammy nominations
(the most any solo female artist had ever garnered) in 1975,
and which is now reaching its third generation of listeners.

For me, the best part of Christmas was being Jewish. No offense to the non-Jews out there, but from the time I was a child, Christmas was my favorite time of year. And I never once wanted to be anything but Jewish during it!
We may not have celebrated Christmas, but we had something even better – we had Chanukah. And Chanukah had a lot of "oomph" to it!
We Jews, in our homeland, were occupied by a ferocious group of Romans. The Romans pretty much believed in “live and let live”, so long as you added their gods and emperors to your own. This didn’t sit well with us, so when a group of Roman soldiers tried to make an elder named Mattathias bow down to a statue of the Roman emperor,  he refused. No way he was going to worship a false idols – and who could argue with his decision? Some ugly bald guy in granite is supposed to inspire awe?
Anyhow, he was village headman, and he refused, so the Romans threatened to kill him. And instead of knuckling under, Mattathias grabbed a sword from one of the soldiers and cut off his head. Whop!!
What a story! It’s just the beginning, and already heads are rolling!
Mattathias and his five sons fled to the hills, where they managed to hold off the entire Roman army for years. Years. Imagine that. A small band of Jews, holding off thousands of well-trained militia through the early use of guerilla warfare and brilliant strategizing. Who wouldn’t be proud of their ancestry, after learning that?
Plus, the drama - so fast-moving, it’s practically manga. Just imagine a small child hearing the story every year. Clashing swords! Righteous battles! Jewish soldiers slaying Roman infidels, lopping off heads right and left! Pagan altars toppling to the ground while weeping women are freed, and children my own age gird their loins for battle! What spectacle!  What fun!!
Now, compare that with the birth of a kid in a run-down barn…. I know, I know. He was a really important kid. But no matter whose son he may be, you're going to have to wait at least a couple of years before he can talk coherently, let alone wield a sword.
Then, three wise men from afar arrive on donkeys.
Donkeys. I ask you. Donkeys. The Romans had horses. Huge, thundering, hoof-shattering horses. How could donkeys compare?
It's a no-contest.
So there you have my first reason. But wait. There’s more.
Second, we Jews had magic. When the Temple was destroyed, our nation was almost lost. But one of Mattathias’ sons, Judah,  took charge. He waded into the Roman forces wielding an enormous hammer, and led us to victory after victory.
They called him Judah Maccabee, because Maccabee means “hammer”. Who could imagine such a fantastic nickname! – “The Hammer”! How could the picture of Santa Claus and his reindeer possibly beat out a battle-hardened Jew, crazily swinging Thor’s hammer over his head as he mote and smote and crashed and bashed until he cleared a path for us? Just imagine Santa Claus and his elves accomplishing that!