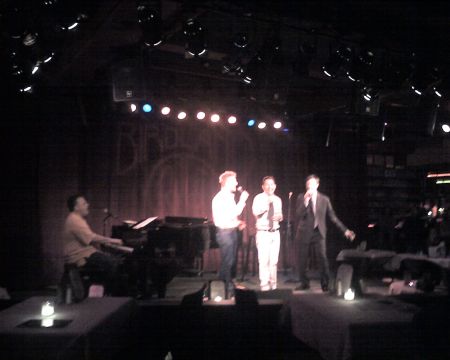 The night after the Tony Awards -- where Liza Minnelli won for her show "Liza At The Palace" -- four of the musicians who sang and danced along with her in the show were at Cast Party -- Billy Stritch at piano, Johnny, Cortes, and Jim Caruso himself -- sang a smokin' version of "I Love The Violin" -- I snapped this historic photo with my little cell phone.  Will see if Steve Sorokoff got a better shot with a better camera. 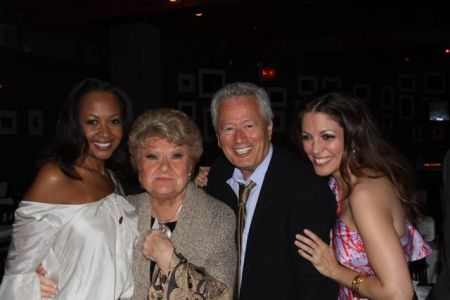 Marilyn Maye holds the record for the most appearances (76) on THE TONIGHT SHOW WITH JOHNNY CARSON, Hilary Kole's debut album "Haunted Heart" is #1 on the Jazz/Fusion chart in JAPAN!,  LaTanya Hall is new to me --- but what a fabu singer, and Steve Sorokoff, known for his picture taking, singing and piano playing, shows he can also pose with the best of them.  Steve's adorable wife Eda snapped this photo.  Thanks, Eda! 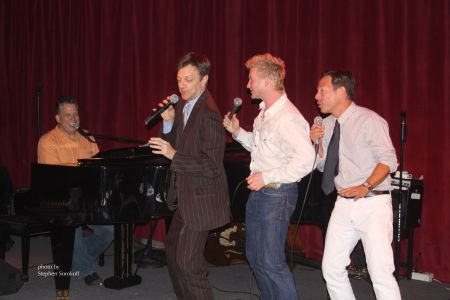